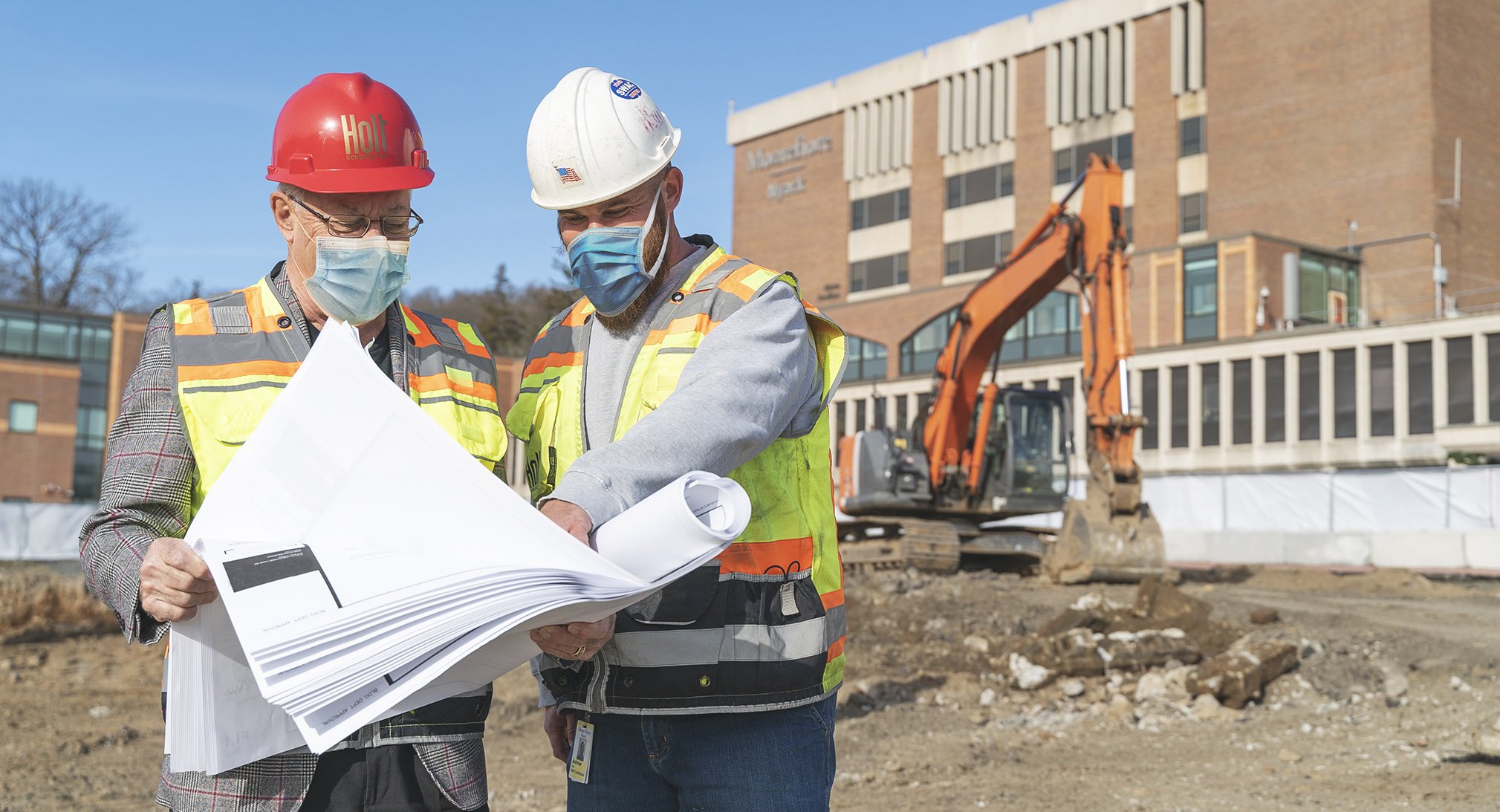 Engineering News Record recently interviewed Chairman, Jack Holt, as part of their legacy profile series to understand the journey the company has taken since its inception in 1919 by Jacks Grandfather.

As a third-generation leader of Holt, Jack was only 28 when he took over his fathers’ business. Since 1974, the company has grown exponentially shifting and diversifying their market focus to include commercial, industrial, healthcare and education projects across the country from Texas to Florida to Massachusetts!

When Fred A. told his son he was ready to retire, “I immediately started looking at a calendar and he was looking at his watch,” Jack Holt says. “Six months later, he was living in Florida, and I owned a construction company.” 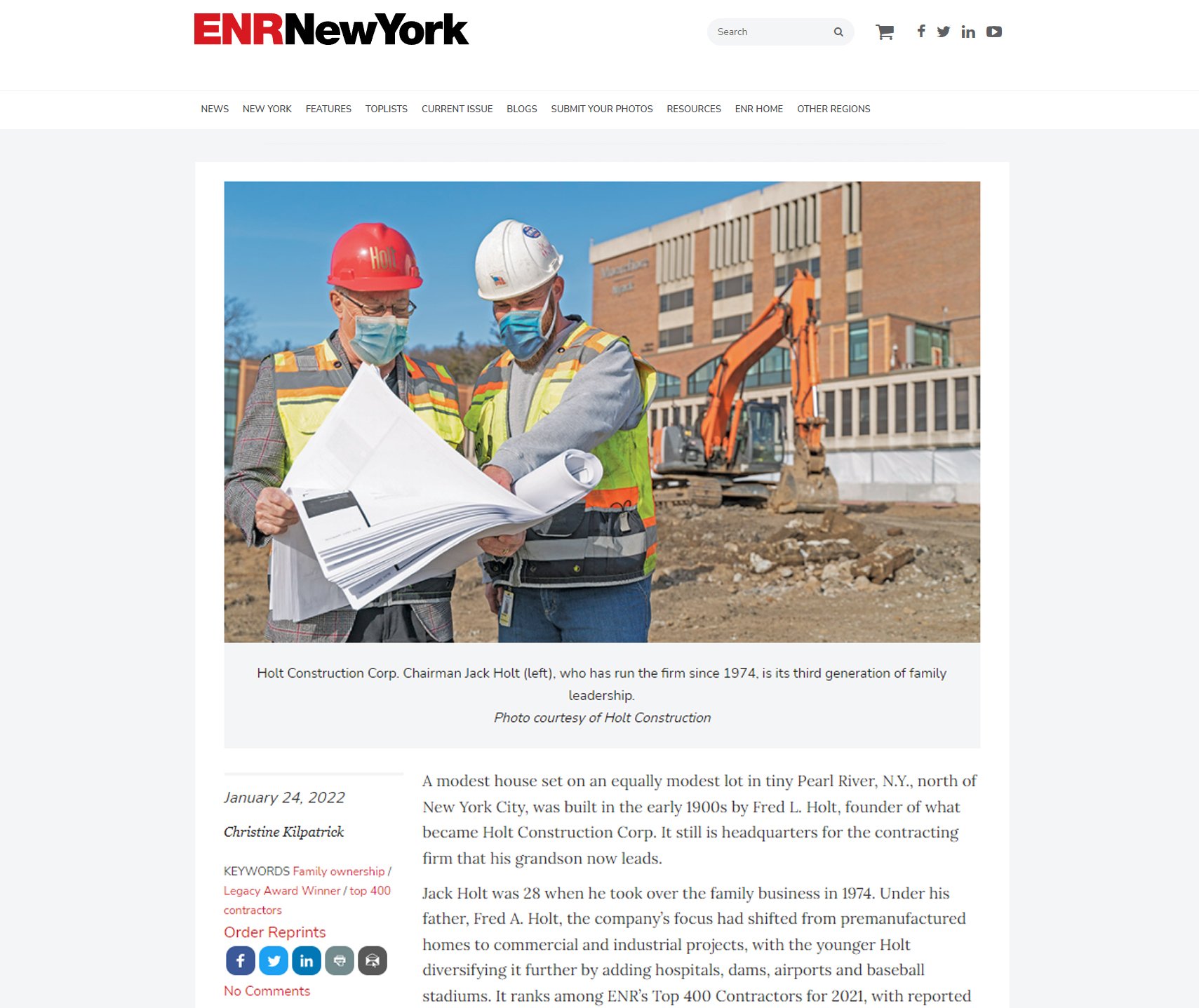 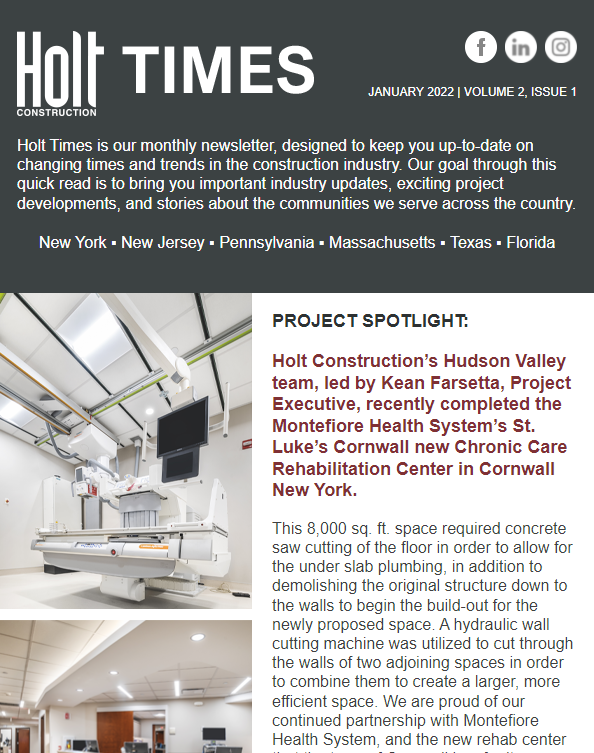